In this episode, I tell a personal story about a time I was running in the woods near my hometown. I often go out running as this is a way for me to release stress, stop worrying about problems and reflect. As I was running, I started wondering if I was living my life on autopilot.

This is a story that might make you reflect on how you live your life. If you feel you’re going through the same routine day after day, this is a story you might want to hear. It was inspired by a photo of the track I was running on (photo below). 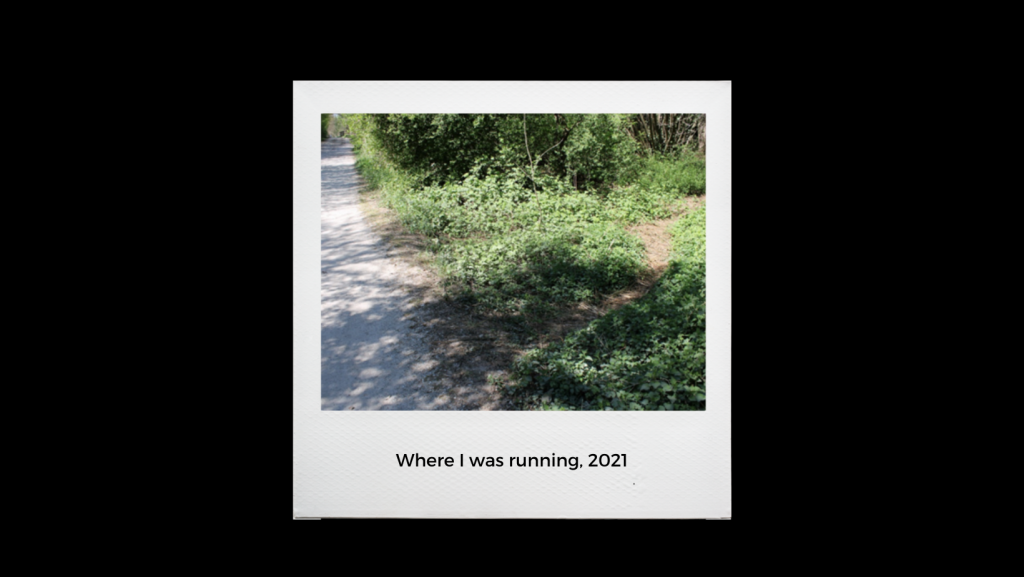 I went running in the woods today. I put on my running shoes, headphones, sunglasses, and off I went.

I don’t have to think while I’m running on this track. It’s as though I’m on autopilot. It’s familiar. It’s comfortable.

While running, I started making an analogy between the route I was on and my life. Is the way I’m living my life the same as the one I’m running through these woods? Am I living on autopilot?

I reflected on that, and as I ran I concluded that I’m not. Not always, at least. There have been times when my life was just boring and predictable, but I’ve been trying to get out of my comfort zone as often as I can.

So why am I running with my brain switched off? I immediately went off track and ventured into the bush.

Things were different now. The path was narrower and rougher. It was darker and I found it difficult to orient myself. I had to slow down at times to avoid logs and branches. I didn’t know where I was going. I was just…going.

I noticed that my thoughts and feelings were different too. I was definitely more excited, curious and alert. I felt more challenged and…ALIVE.

I began thinking about what one of my bosses said to me years ago, when I was working in a factory that assembled electrical boards.

One day I walked into his office. ‘I’m resigning. I’m moving abroad. I’m flying to London next week.’

‘London? What are you going to do there?’

‘Erm…I’ll be making sandwiches in a shop.’

‘Sandwiches?’ He said, sounding disappointed and skeptical. ‘Is this what you want to do in your life?’

‘Not really, but I will learn English and have an experience away from Italy.’

‘I see. Well, that’s fine. Just remember, if you don’t know where you’re going, you risk crashing into a wall. So be careful.’

Moving to London turned out to be one of the best decisions I’ve ever made in my life. I wouldn’t have then moved to Australia, become a teacher, met the people I met along the way.

But it’s true. Not knowing where you’re going, not having a goal makes your life much harder. To quote a man who has been incredibly successful in many fields:

Totally agree, Arnold Schwarzenegger, but that’s not always the case.

When life gets too predictable and monotonous, stepping out of the routine and getting into the unknown will reactivate you. This applies to all spheres of life: work, relationships, family,….learning English!

Today, stepping off the usual route made my run less predictable, more interesting, fun and exciting. Of course, I could have tripped on a branch and broken a leg. I would now be telling a different story.

The point is that CHANGE IS ALWAYS GOOD.

Are you wondering where I ended up? Nothing to get too enthusiastic about, unfortunately. I just got to the same gravel path, only a little further ahead.

Got a similar story? Let me know. I reply to every comment.